You are here: Home1 / Events2 / Andy Pappas – Muskie And Pike Adventures In The French River Area3

Andy Pappas has over 30 years of muskie fishing success to his credit and has boated hundreds of muskies. Please see here for his BIO. 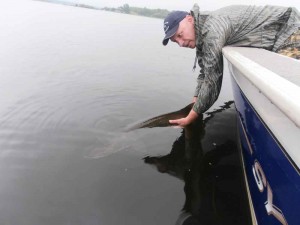 Andy’s entertaining presentation will review some highlights from the summer of 2013 which include some HUGE fish for his clients and a TV shoot with The New Flyfisher program. The discussion will contain a variety of pointers with regard to location, presentation, and strategy. While the majority of Andy’s fishing employs standard muskie-fishing tackle, he did a lot of thinking about a fly-fishing approach to muskies in 2013 and was able to deliver an unprecedented level of muskies-on-the-fly action for The New Flyfisher’s shoot. The episode will eventually air on various CTV and PBS affiliates, but don’t miss its debut on the World Fishing Network as follows: 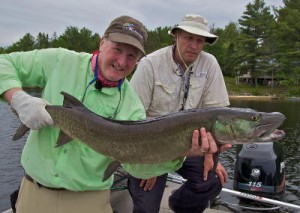 In addition to the presentation, Andy will be happy to field any questions and share his thoughts about: