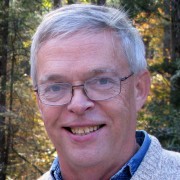 Featured author of Ray Bergman biography in the book Forgotten Flies. Don has a combined total of approximately 765 flies published in that book. See here for a link to over 100 of Don’s flies.

Don’s wet flies, drys, and streamers were regularly published in Art of Angling Journal 2001-2003 by The Complete Sportsman.

Don specializes in tying classic wet flies and streamers but he is equally comfortable at the vise whether he is turning out dry flies, nymphs, steelhead and bass flies, salmon flies, panfish patterns, and even a few saltwater flies.

Instructor and demonstrator at various shows, forums, and fly tying clinics since 1992.

Amateur and professional photography since 1985.

Don has two daughters – Kim and Lyneah, four grandsons and one granddaughter. He lives in Pennsylvania. He is a widower following the 2007 death of his wife, Lou Anne, after nearly thirty-four years of marriage.